How to make porridge (steel cut oatmeal) in your rice cooker

hello@greedy-panda.com
Japanese food basically includes rice as a main dish, grains, vegetables, legumes, fruits, seafood and seaweeds and meats, using salt as a basic seasoning. Other seasonings are also used such as soup stock that contains umami, soy sauce, miso, sake, sweet sake (mirin), rice    vinegar and sugar, and vegetable oils such as canola and sesame. There are also many foreign dishes which have been adapted to Japanese tastes in recent years, which are now called Japanese foods.

In Japan, the words “rice” and “food” are synonymous, which explains how recipes are created with rice as the focus.
As a side dish, seasonal ingredients are cooked in a way that enhances their original flavour. Start your Japanese dish by cooking tasty rice with one of our rice cookers. With rice as the focus, Japanese cuisine encompasses many serving styles, from the straight traditional, to bento, to tabletop cooking with the family. As bread is the main staple in Western cultures, rice is the center of Japanese cuisine.

Ichiju-Sansai:
Ichiju-Sansai consists of a bowl of rice and a bowl of soup, with 3 dishes (one main entrée and two side dishes). Traditionally, Ichiju-Sansai table setting places a bowl of rice on the left and a bowl of soup on the right closest to you. A light side dish is positioned in the center, with a main entrée dish to its left and a heavier side dish to its right. However, it is also interesting to freely arrange the positioning as shown in the picture. When you use seasonal ingredients to plan a Ichiju-Sansai menu, you can prepare a nutritiously balanced, season-oriented, ideal menu of your own. 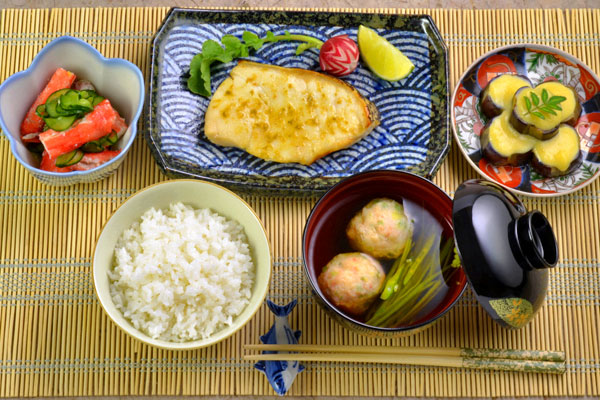 Kaiseki:
Japanese cuisine includes meals specially designed for aristocrats, lords, priests, etc. Among them is Kaiseki, a type of meal served at tea ceremonies. Originally, it was a tea ceremony based on Zen Buddhism, with the host’s wholehearted spirit for entertaining his guest, represented by all that existed in the room including all the food and dishes. Today Kaiseki is still served at tea ceremonies, but is also available at restaurants. 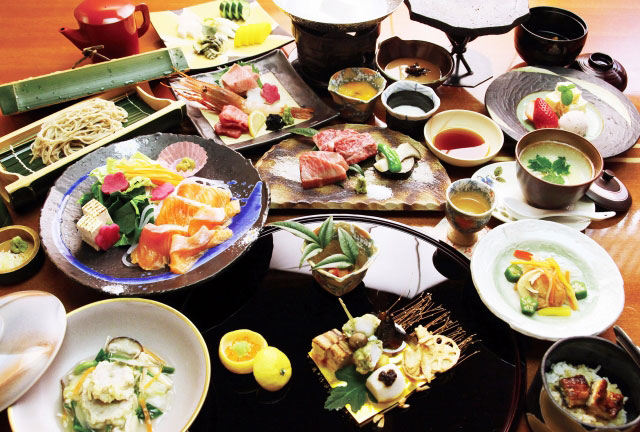 Ikka-Danran (Tabletop):
This is a tabletop cooking dining style, meant to enjoy with family or friends. It is a favorite time at home for all Japanese people. Teppanyaki or nabe cooking, well known in America, are popular in Japan; and many cooking appliances are available for this purpose. When the whole family eats together, use a serving plate for the main entrée, prepare individual side dishes and a soup for everyone; you’ll get the spirit of Ichiju-Sansai. 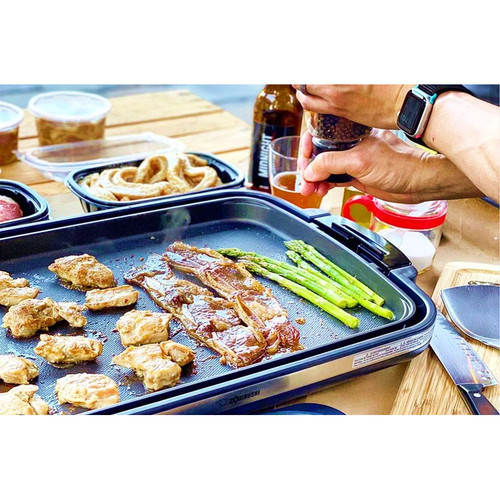 Bento:
Traditionally, bento was prepared for outdoor laborers, for travels, or for an outing. Today, aside from the purpose of simply taking out food, the bento has become a fun way to take out food for picnics to events. The Makunouchi Bento was a type of lunch that was eaten during the intermissions between acts at stage shows, which was the beginning of the bento culture in Japan. Perhaps the most well-known style of bento is the Shokado-Bento; essentially Kaiseki put in a lunch box. 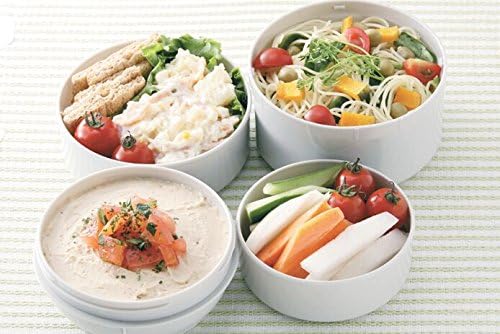 How do you feel about this?

The foodie blog for all things rice and more

We love to eat, travel, and eat some more! In particular we love all things rice. We literally live and dream rice and helped propel a rice cooker awakening in the UK, Europe and the USA!

Search for a recipe

The inner bowls of a rice cooker

Get our latest news straight into your inbox.

Please input your email address. That email is already subscribed. Your address has been added.